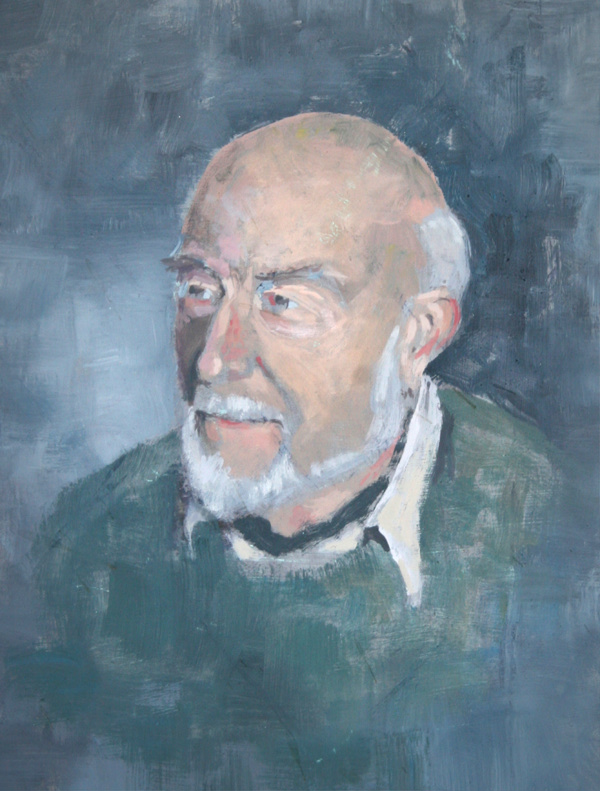 Themes are graphically strong – from haphazard townscapes and harbours to windswept sea shores and fishing boats tied up in a tangle of ropes.

But these are not sentimental images. It’s a real world. Using a robust painting style and a rich, deep palette, the intention is to penetrate below the surface to a drama often missed in this seemingly idyllic East Anglian landscape.

Pictures are in the hands of collectors around the world from Canada and North America through Europe and on to Australia.

John Roberts has spent a lifetime in art, illustration and graphics specializing in oil painting including commissioned portraits.

The original aspiration over half a century ago was to escape from austere London – where training took place – and sail the oceans of the world (youthful romantic notions and Gauguin were mainly to blame).

First port of call, Woodbridge, turned out to be too alluring to pursue the master plan. It’s been home ever since. East Anglian landscapes, dramatic skies and an idiosyncratic mix of people continue to surprise and excite. No need for pacific adventure, the drama is right here. Indeed, a studio on the waterfront was successful for over 40 years, and is now run by daughter Joanna and her partner Henry as TFS Photo Woodbridge. This is not the first artist to realize that one painting lifetime is too short.

The artist is married with three grown up children – all three pursuing creative careers of their own.

A Random Selection from Sold Paintings: